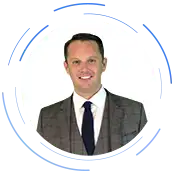 OBTAINING A CERTIFICATE OF REHABILITATION IN CALIFORNIA

Having a criminal record in California makes life more difficult. A criminal record can limit you from getting the job you want, obtaining housing, getting professional licenses, legally owning a firearm, qualifying for government programs, receiving student loans, and many other opportunities which would otherwise be available to you.

A Certificate of Rehabilitation does not expunge or seal your record, but it is often the best available solution when ineligible for other post-conviction remedies. Additionally, as of January 1, 2019, Assembly Bill 2845 has made it an unlawful employment practice for an employer with five or more employees to consider convictions that have been sealed, dismissed, expunged, or statutorily eradicated pursuant to law, or any conviction for which the convicted person has received a full pardon or has been issued a certificate of rehabilitation.

Can You Apply for a Certificate of Rehabilitation?

There are three ways to be eligible to apply for a Certificate of Rehabilitation, each with their own set of requirements, which include:

Advantages of Certificates of Rehabilitation

Some of the Potential Benefits of Certificate of Rehabilitation include:

You can trust that you will get exceptional service from our law firm, as we have an A Rating from the Better Business Bureau, and prestigious attorney rating services such as Thompson Reuters and Avvo list our attorneys as Super Lawyers and Superb Attorneys. Our law firm has attorneys licensed to practice law in all California state courts, provides low price guarantees, and is here to fight for you and put your criminal record behind you!